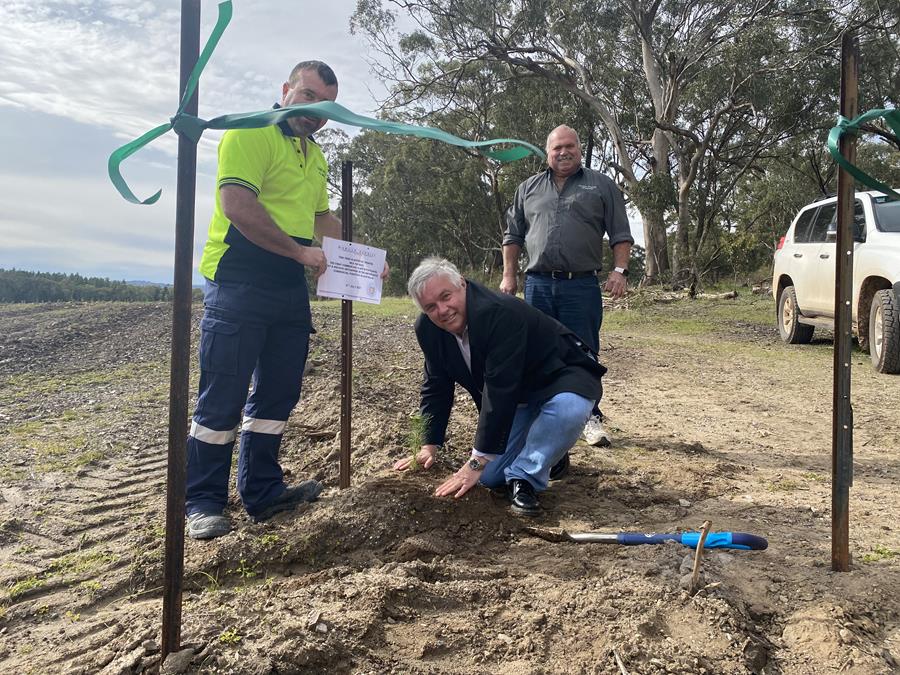 Rex planting the first tree at the first privately owned plantation in SA.

Welcome to the July newsletter. I want to say thank you to every one of you for pulling together and doing the right thing to get through SA's latest lockdown - well done.

I'm off to Canberra this week for the latest Parliament sitting where I'll be fighting for the Murray-Darling, transparency on financial disclosure laws for some of Australia's biggest rich listers (find out more here), fixing the disgraceful abuse of JobKeeper by some companies and much more.

South Australians saw a great people power victory this month with Santos and Murphy Oil joining the growing list of companies abandoning plans to drill in the Great Australian Bight.

Only Bight Petroleum remain and we know they had a work program extension denied earlier this year which is a good sign.

The Bight is home to so much marine life and is the foundation of a vibrant tourism and fishing industry in SA. We can’t let tax-dodging fossil fuel companies wreck it.

This month I had the pleasure of planting the first tree in the first privately funded plantation at the birthplace of Australia’s forestry industry, Wirrabara Forest.

Did you know SA Surveyor General George Goyder himself planted the first Australian plantation forest at Wirrabara back in 1875? Sadly, that past vision for SA as a forestry powerhouse seems to have decayed as both the Labor and Liberal State Governments have largely ignored the plight of Morgan’s Sawmills as it has struggled to get log after the 2013/14 Bundaleer and Wirrabara forest fires.

I’ve been helping the Morgan’s try to source infeed for the mill. That has involved discussions with the Federal Minister, and the State Minister. So much depends on finding supplies - including the future of Jamestown.

Another month, another disgraceful sell out of Aussie manufacturers by all levels of Government.

BioBag World Australia, an SA based company that manufactures environmentally sustainable compostable and biodegradable bags, has lost out on a Bendigo Council tender. The contract went to a company in China.

When councils, state governments or the federal governments make these decisions to go with a ‘cheaper’ overseas option, it’s a slap in the face to every Australian taxpayer.

Governments need to be looking at procurements from an Australian jobs and economic activity perspective and, in the wake of COVID, from a national resilience perspective. If we fail to back Australian manufacturing we will always find ourselves at the mercy of foreign suppliers.

‘Made in Australia’ is worth something. It’s not just buying an Australian product, it’s investing in the future of all Australians.

If you’ve got a spare hour, have a watch of this webinar I did with the Australia Institute about keeping the bastards honest.

We discuss government transparency, how we can hold governments to account and my personal love of Freedom of Information requests.

After a lengthy battle, South Australian Minister Dan van Holst Pellekaan has unconditionally surrendered in relation to the totally unnecessary Freedom of Information (FOI) fight he had with me over National Radioactive Waste Management Facility documents.

When I appealed the decision, I was threatened with costs, but wasn’t deterred, and went on to have Supreme Court Justice Hughes correct the decision. Sadly, the Minister refused to have regard to Her Honour’s decision and withheld the documents from me for much longer than was lawful.

It’s amazing that the Minister ever thought the document was in any way sensitive and it raises real questions as to his judgement. His flawed decision has wasted time and YOUR money.

FOI is broken in SA - there is complete disrespect by both ministers and officials to the SA public who own every document in the possession of the State Government and have a legal entitlement to access them unless they are truly sensitive.

PROTECTION NEEDED FOR FREEDOM OF EXPRESSION AND MEDIA

Freedom of expression and freedom of the press can't be taken for granted, nor wax and wane at the whim of each Parliament. Australia’s constitution needs to be changed to guarantee these freedoms.

Professor George Williams, Deputy Vice-Chancellor and Professor of Law at the University of NSW, has welcomed my proposal to amend our Constitution to guarantee freedom of expression and freedom of the press.

“Australia is an outlier,” he said. “We are unique in being the only democracy that fails to give national legal protection to this fundamental right. Sometimes we can take pride in being exceptional, but not on this occasion. There is nothing admirable about Australia having the weakest protection for speech and press freedom in the democratic world.”

He went on to say, “If successful, [Patrick’s] reform promises to halt the steady erosion of the basic rights and fundamentally realign our democracy in favour of these values.”

What do you think? The Senate is examining my Bill. You can have your say and make a submission here or read an opinion piece below.

SAVE WHYALLA'S CUTTLEFISH AND TOURISM INDUSTRY 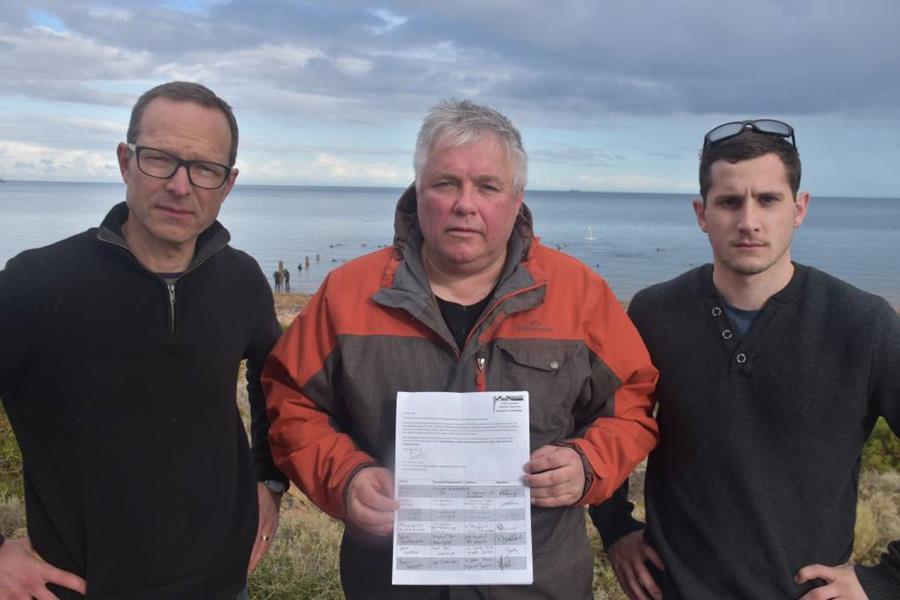 This month I had the pleasure of going snorkelling in Whyalla to see the Giant Cuttlefish. I think it’s fair to say this is one of the most spectacular natural events in Australia. It’s no wonder it attracts visitors from far and wide - it’s absolutely amazing.

I went snorkelling to discuss with experts the possible effects of a 4,245-tonne capacity Kingfish farm planned for Fitzgerald Bay, not too far from the cuttlefish sanctuary.

I’m quite worried that the environmental assessments have not been done properly, at least without up-to-date scientific data. My concerns are not eased by the fact that the State Government has not released the Environmental Risk Assessment associated with the approval. I have requested the Assessment under Freedom of Information (FOI) laws.

This is a natural wonder and a big tourist attraction for Whyalla. We can’t afford to rush this and get it wrong. Check out my video here for some highlights of the snorkelling.