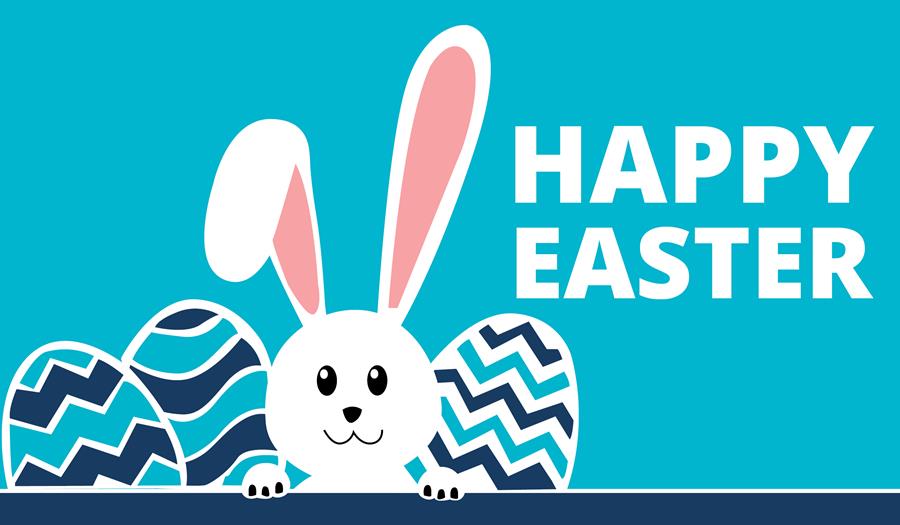 Welcome to the March 2021 newsletter. A lot has been happening in Federal politics including the exposure of serious cultural problems within Parliament House along with the Government, One Nation and Centre Alliance failing to criminalise wage theft whilst chipping away at workers' rights.

Below you'll find some of what I've been working this month. I hope you enjoy the newsletter and have a Happy Easter and a safe long weekend.

PM MUST BACK WHYALLA STEEL

There’s still a lot to play out for GFG Steel with the recent collapse of Greensill Capital, but I’ve been calling on the Prime Minister to offer certainty to the people of Whyalla and South Australia that our steel industry will not be allowed to fail. I’m not suggesting that taxpayers’ money be thrown at GFG, but we need our Prime Minister to back in Whyalla and back in Australian manufacturing. Unfortunately, this has not happened.

Whyalla residents and suppliers to the steelworks need to hear Mr Morrison saying that Whyalla will not be allowed to fail. But instead of focusing on Whyalla’s future, he’s only focused on his own Government’s survival.

I’ll continue engaging with the Whyalla Mayor, the steelworks, workers and the community as we wait and see what the future is for GFG.

I spent a few days meeting with locals, businesses and firefighters in Kangaroo Island to discuss the impacts of COVID and bushfires.

On the firefighting issue, there was a lot of concern expressed concern about the ageing volunteer force and the lack of incentive for new blood to enter the force.

I also spoke with a range of different tourism operators and local businesses and I’m working on ways to see how I can help with some of the issues they’ve raised with me such as the cost of freight and transport to and from the Island.

I also got to see a colony of 800 Australian Sea Lions who call a 6km stretch of beach in Seal Bay home, a must see for those who visit the Island. Of course, this $3 million dollar operation is one of many tourism ventures that would be at risk if any drilling in the Great Australian Bight were to occur.

Finally, it was great to see regrowth commencing as I drove past bushfire affected areas. The people of KI are a truly resilient bunch.

Read more about my trip here 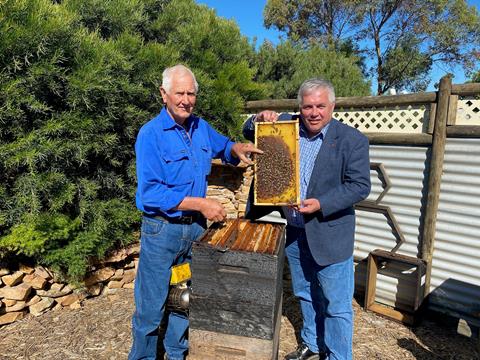 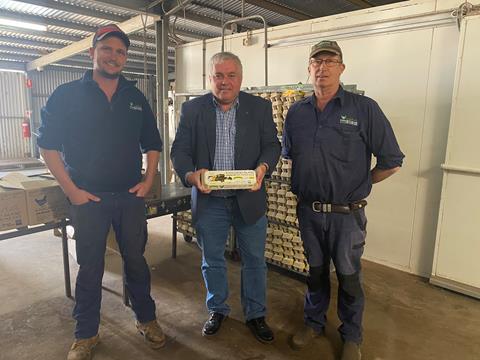 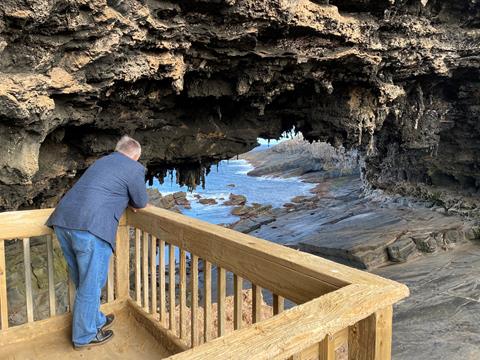 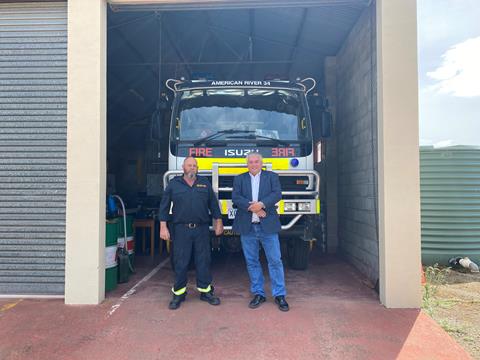 Rex out and about in KI meeting with business owners, locals and fire fighters. 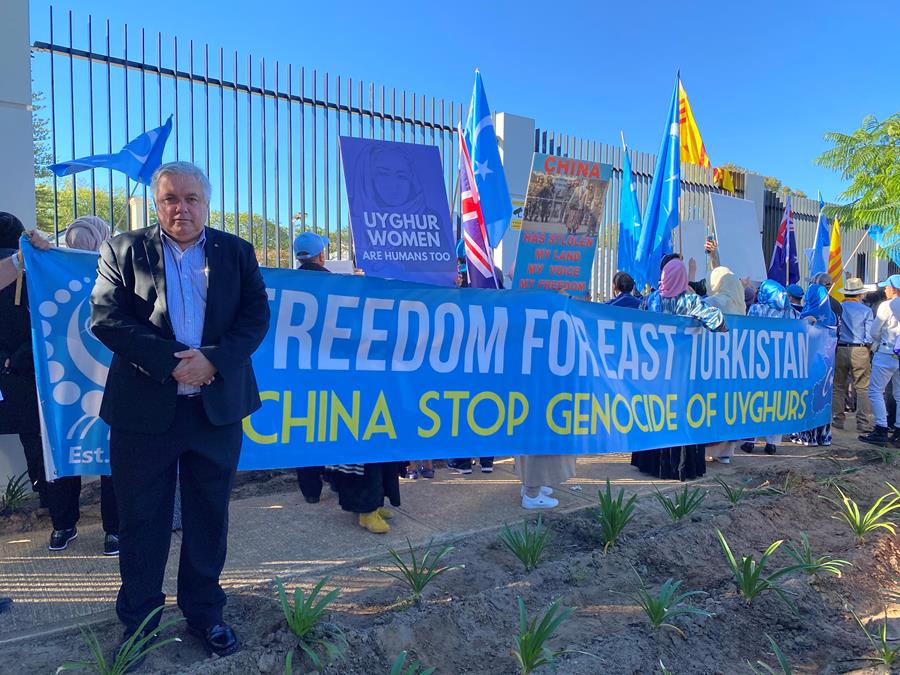 I’m disappointed to say this week Premier Steven Marshall opened the new Chinese Consulate in Joslin. This came less than a week after the Chinese Government extended tariffs on South Australian wine.

This Consulate contains 11 consulate staff which is a number way out of proportion to other countries operating in Adelaide. Given the Chinese government’s well-established track record of engaging in political interference, espionage and cyber-attacks in Australia, this bloated consulate presence is a national security issue. It’s also not lost on me that the previous Consulate building was opened in 2016 at the same time we commenced our Naval Shipbuilding Program in Adelaide.

Premier Marshall should be calling out the Chinese Communist Party’s political interference in Australia, its trade bullying against our wine, crayfish and grain industries, its cyber-attacks on governments and industry and human rights abuses against the Uyghurs and other groups. He should not be rolling out the red carpet. So far China has waged a cyber campaign here without any effective response from the Australian Government.

This can’t be allowed to continue without consequences. I’ve called on the Federal Government to expel at least one diplomat from China’s Canberra Embassy and at least one consular officer from each of China’s consulates in Australia state each time there is a cyber-attack that can be attributed to the Chinese state or its proxies. 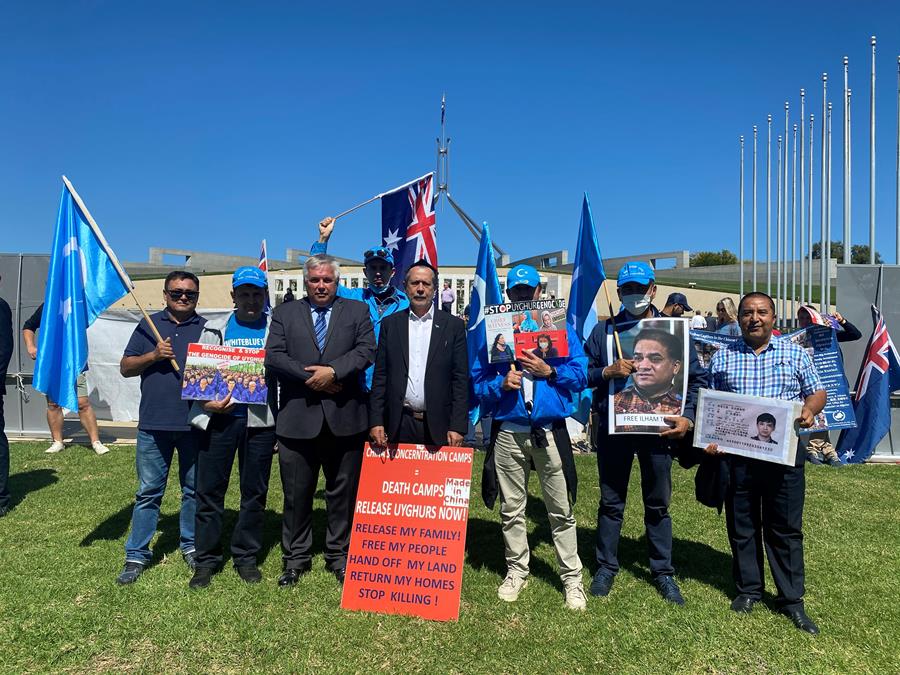 I’m disappointed to report that this month the Coalition and Labor blocked a vote on my Senate motion on the Chinese Communist Party’s genocide against the Uyghur people in Xinjiang, China.

It is undeniable that the Chinese Government is engaged in a campaign against the Uyghur people that constitutes an international crime within the scope of the 1948 Genocide Convention. This grim reality has been publicly recognised by the United States Administration of President Joe Biden, by the Canadian Parliament and the Parliament of the Netherlands.

The bottom line is that there are a set of facts which are internationally recognised that have caused other governments to respond in the way they have. We share values with nations that have stood up and said something. We need a multilateral response because of the diplomatic and economic power of China.

Sooner or later Australia will have to stand up, not only for the defence of human rights in China and Hong Kong, but also for our own democratic freedoms and sovereignty.

Another month, another water scandal (or two) brought to you by the Nationals.

On my second day as a Senator back in 2017, I sought access to information on strategic water purchases in the Murray-Darling. After more than three years I can reveal the truth of what is now known as the Australian #Watergate scandal.

After Senate probes, an Auditor-General’s audit, freedom of information requests and challenges, and a complaint to the Auditor-General, it’s finally been confirmed that the taxpayer paid $13 million more than it should have for the purchase of 29GL of water.

An independent valuation recommended a point value or $1,500 per ML of water, but also gave a value range of $1,100 to $2,300 per ML. The Government paid $2,745 per ML. The valuer has now confirmed that price was not reasonable. If the official in charge had just made a 30 cent phone call to the valuer, the taxpayer would have saved $13 million.

We can't have these sorts of mistakes just being brushed over, saying, “Oh, well.” We can't have officials thinking, “It doesn't matter; it's only taxpayers' money.” It does matter! And people serving in senior positions must be held accountable for their mistakes.

Elsewhere, three years after the Nationals promised to give First Nations people $40 million in Murray-Darling water entitlements, nothing has been achieved.

Water Department officials told the Senate that the Government would not meet the 31 March deadline set by Water Minister Keith Pitt to finalise where and when the water entitlements would be bought. What’s even worse is they don’t even have a plan!

It also seems as though Minister Pitt would prefer to give the Indigenous communities non-water assets instead. Once again, we have a member of the Nationals doing everything possible to make sure water goes nowhere else but to big irrigators.

With JobKeeper officially over, I’ve been lobbying the Government to help our independent cinemas industry. Cinemas have done it really tough through COVID and are still struggling, particularly noting the lack of typically US blockbusters being released that would normally attract customers. 41 of South Australia’s 51 cinemas are independent and run by small family businesses and many provide a cultural focus for so many communities.

It took some time, with Ministers snubbing lots of my questions, but the Government has finally announced an independent cinemas package.

While we wait and see if this is enough we wait for some more blockbusters, if you can please support your local cinemas the next time you’re heading out to the movies.